Welcome to the Connacht Clan Travel Centre. Here you should be able to find plenty of information to help you plan your next away trip.

Find the relevant game below and click the link to find a summary of the details and some suggested travel options. For more info, check the relevant thread in the Clan Forum. If the information you need isn't there, try posting a question on the forum or in the comments section of the article.

You can contact us at travel@connachtclan.com however you are advised to check the website first to see if the information is there.

Please note that the Connacht Clan is not a travel agency and we do not arrange package tours, though we do occasionally book buses, etc. for our members where appropriate. We can however help you plan your trip and arrange to meet up with your fellow Clan members when you get there.

Looking forward to seeing you at an away game.

At the car rental shack in Cardiff Airport Fourdogs is issued with some kind of Citroen while Moremiles contrives to land a BMW 5-Series for the same price. There is brief speculation that the RRW have bought him off but somehow we know that those days are gone. Even the Toulouse shirt I wore on the flight over seems like overkill now. We had booked this trip while The Battle for the Soul of European Rugby was still in the balance but now it has petered out into a vague and confusing compromise that everyone suspects may in fact be a crippling defeat. So there will be no running battles with the Franglais across the valleys but there will surely be some Welsh hospitality and the outside chance of a victory at the Liberty Stadium. A victory that, as most of you know, we would go on to achieve in spectacular fashion, but lets not spoil the ending.

The other arm of the now redundant pincer movement had filed in from Bristol in the early morning and taken the castle. Swift4Prez had tried to convince Misfit that the grappling irons were pointless at this stage but he'd already paid O'Leary online for hold luggage. We hit the Walkabout as it is the classiest place that will have us and Fourdogs demands Prosecco served in the finest plastic champagne flutes they have. Once we realise we can't tell the beer from the cider, we figure it prudent to decamp somewhere with better quality booze. Some of our number are laying the ground for the impending trip to the Heineken Cup final and are keen to make themselves known to the door staff at Revolution to ease their future queueing problems, so we swing by there and Misfit buys me a fine Polish vodka, which due to an on-field miscommunication is tragically drowned in Coke.

The phone rings and it's the bloody lawyers. They've had some correspondence from some of my regular readers, or at least from their legal representatives, who apparently have been using terms such as Tort of Privacy, Defamation Act and, most chillingly, citing the ancient legal principle of What Goes On Tour Stays On Tour. I argue my point vaguely for a while but there's no budging them. Apparently writing about stuff that actually happened is right out and they persuade me to make the following declaration:

The characters and events depicted in this blog are fictional. Any resemblance to any actual persons, real or imaginary, drunk or sober, may be pure coincidence.

No sooner is that dealt with than the phone rings again. This time it's an evil megalomaniac property magnate and owner of an entirely fictional North London rugby club.
"Nigel," I say (not his real name).
"Pinky," he replies (not mine either).
It seems that he's been chatting to a former Toulouse second row who had a recording of my rendition of Les Lacs du Connemara on his phone and feels that this kind of thing is just what his club needs. They've already hit the salary cap for players but there's no limit on how much they can spend on a world class rent-a-crowd to help them shake off their rather lacklustre reputation. He mentions some names I might help him recruit and invites me over to his stadium to check out their setup. Naturally I have no intention of abandoning the Clan, but taking a leaf from the book of a few Leinster lads I know, I decide there's no harm in taking the free trip over and watching what the media make of it.

A pre-dawn start on the Citylink. Those quiet hours before the mayhem begins and you have time to think. Way too much time. The Battle For The Soul Of European Rugby appears to have fought itself to a standstill. The English have taken their ball and gone home. It's a victory of sorts. I've spent so much time thinking about rugby's future, or lack of it, that it's present has trundled on without me. Now with international diplomacy on the back burner, I'm faced with a new problem: The Bloody Fear. Surrender against Glasgow, capitulation against Scarlets, annihilation on the Murrayfield turf, these are not among the items of baggage you want to check in to a flight to La Ville Rose. The prospect of facing a team whose jersey has more stars than my hotel fills me with a dread so immense that it's like an extra uninvited Clan member skulking in the shadows. I christen him The Bloody Fear, and escort him through security.

Swift4prez joins me in the queue for the flight to Carcassonne. Maybe he's been in the airport since we abandoned him there after Parma. The Bloody Fear squats in the aisle between our seats, counting out the number of international caps on the Stade Toulousain starting XV to while away the flight time. Carcassonne airport doesn't bother with formalities like a terminal, so we are hunted out the gate to the car park. The Bloody Fear has gotten to Swift4prez too by now, and he needs some convincing to get on the airport bus. We make for the Citadel, figuring it might boost our confidence to hoist the Connacht flag atop a fortress. A bit of local cuisine and some wine set us up for the assault on the fortifications and Swifty gets the flag up there for long enough to make our point.

The train takes us to Toulouse and a rendezvous with Fourdogs in the Melting Pot. He and his allies have been there a few hours and have been measuring time in beer, so they already fancy a change of scenery. We make for De Danu to see our old friend Trevor, who dishes out complimentary whiskeys to compound the round of death that is rapidly emerging. A pair of English lads who work for BA get embroiled in the whole thing. One of them claims to have never had a hangover before and we are keen to introduce him to new experiences so we keep the beer flowing. They are over on some business involving EADS that the other guy doesn't want to first guy to say too much about, and are due to depart at 7am. Whether our actions in any way directly or indirectly caused the entire European aviation system to descend into chaos the next day and cause the IMF to miss the match will probably never be known, but it was fun watching him chat up those Welsh birds from Airbus. The evening ends with a vain attempt to try to sing songs with some French lads but we are overpowered by the background music.

Half nine on Thursday evening, working on a seriously substandard pint of Smithwicks in Dublin Airport and I get a text from Michael O'Leary telling me my flight is delayed. This has Nigel Wray's grubby fingerprints all over it. LNR agitators have clearly infiltrated the Italian labour movement and arranged a strike for a couple of hours in order to strand me in Premier Rugby's North London heartland. I thought that by sneaking out early and avoiding the main invasion force through Bologna under General Fourdogs I would be getting in under the radar, but this has backfired completely. I check into the Premier Inn in Stansted and try to negotiate the printing of a replacement boarding pass. The receptionist asks me if I'll be needing anything else and I casually ask for a copy of the BT Sport Contract. He looks at me as if he hasn't got a clue what I just said. They have the feckers well trained.

I endure a sleepless night dealing with the stench of Wray's dirty kaks drifting through the corridors but I don't have the balls to claim the no quibble guaranteed refund. I figure there's no point trying to keep a low profile anymore as the enemy are clearly on to me so I pull on the Connacht jersey in the hope of scaring up a few reinforcements. The airport is awash with armed personnel who are clearly PRL agents so I'm relieved to see Moremiles and Ruckin Hell in the bar at the gate. We find Christine Lagarde and the IMF in the queue and spot a few others we don't recognise further up the aisle. We treat them with caution as it's almost inevitable that the Champions Cup crowd will have double agents working on a weekend like this.

I phone for a taxi on arrival and even though the chick speaks English I make sure to use Italian as it's the only language Bruce Craig is known not to speak. The Villa Ducale is a reassuring sight. The staff there have all been vetted last year and put through the paces with drunken late night singing, lost room keys, missed checkouts and all the other counterintelligence tricks that would crack your average PRL stooge. 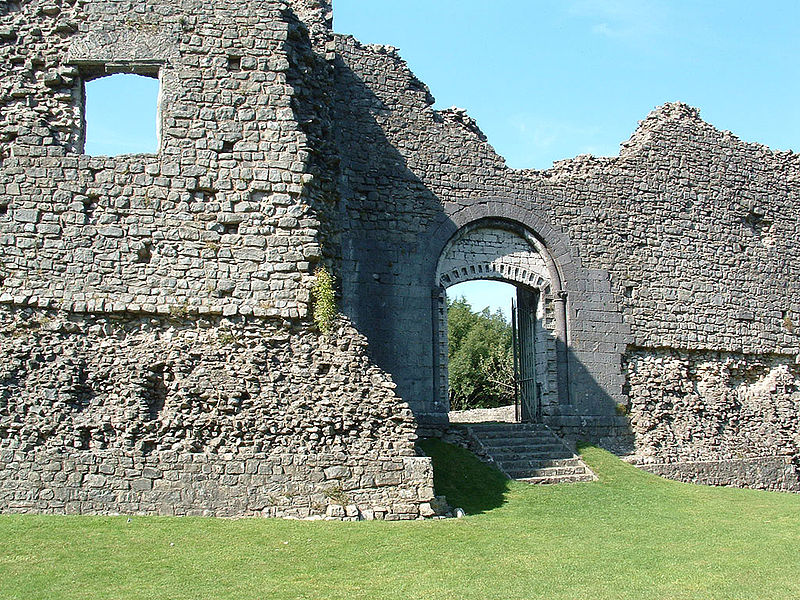 Connacht play the Ospreys in Brewery Field on Friday October 26th at 20:05